Jessica Cornish trained at the Wenn Stage School for about 10 years.

Whilst with us, through our agency “Krackers Kids” she got the role of ‘Brat’ in the Andrew Lloyd Weber musical “Whistle Down the Wind”.This was where she famously fell off the stage,  earning herself the nickname ‘Brat Pitt’.

Better known by her stage name Jessie J. She went on to the BRIT School, before signing with Gut Records and striking a songwriting deal with Sony/ATV Music Publishing where she wrote for artists including Chris Brown and Miley Cyrus.

Jessie came to prominence following the release of her debut single, “Do It Like a Dude”, which peaked at number two on the UK Singles Charts. In 2011, after topping the charts in nineteen countries including the United Kingdom, France, Ireland and New Zealand, with the song “Price Tag”, she released her début album, Who You Are, which charted at number two in the UK.

Aside from her musical career, Jessie J served as coach and mentor on television show, The Voice 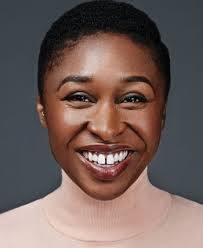 Cynthia Erivo After leaving the Wenn Stage School Cynthia went on to train at RADA.

She has since gone on to have an extremely successful stage  & film career which includes (Film)  Drew Goddard‘s Bad Times at the El Royale, and  Steve McQueen‘s Widows (Stage) “The Colour Purple” for which she won the 2016 Tony Awards for Best Actress. Deloris in  the UK Tour of “Sister Act The Musical”.

She has also had TV roles in “Mr Selfridge” & “The Tunnel”.

Cynthia is also a Grammy Award winner having been awarded one for ‘Best Musical Theatre Album’ in 2017.

Sophia Ragavelas Following a successful run at the London Palladium where she shared the role of Grizabella. Sophia has now taken the role to Australia and then on to New Zealand.

She is best known as the ’face’ of “Les Misérables” when her picture could be seen in many a tube station, or on the back of a bus!!

She has played both of the leading female roles in “Les Mis”, and has appeared in many other West End shows.” Joseph And The Amazing Technicolor Dreamcoat”, “Mamma Mia”, “The Lion King”, “Witches of Eastwick”, to name just a few.

Sophia  was also nominated in the 2009’s Whats On Stage Theatregoer Choice Awards, for her role as Chloe in Never Forget! 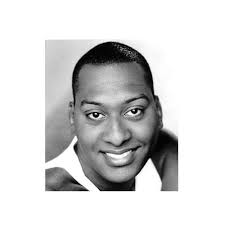 Carl Parris went on to train at the Doreen bird college, and from there had roles in Musicals such as “Cats” and “Jesus Christ Superstar”.

He has been a Choreographer for the Hackney Empire Theatre for over 14 years, and teaches dance for Bird college, Arts ed Tring park, Laine theatre arts, Arts ed London, & The Urdang Academy,

Abby Taylor is currently working as a commercial dancer, and has worked with many of today’s leading stars. Gary Barlow, Elton John, Robin Thicke, Kylie Minogue, &  Olly Murs to name just a few.

Her credits include The Queen’s Jubilee, The Brit Awards, X Factor & The Royal Variety Performance.

Gemma Knight Jones has spent ten years at the school, during which time she decided that a career in musical theatre was the goal to aim for. She was subsequently accepted at the Identity Drama School.

She has accrued numerous  theatre credits in regional and touring productions in her journey to the West End where she has appeared in “The Lion King” and is currently playing the role of Punk Girl in The Curious Incident of The Dog in The Nightime.

She appeared in the UK tour of Sister Act and understudied the role of Deloris, played by ex Wenn Stage School student Cynthia Erivo.

Kelly Silver went on to train at the Laine Theatre Arts School after leaving us.

After which she went on to have a dancing career, but then left the UK to live and work in the USA.She is now based in New York where she runs her own very successful Entertainment Agency Silver Lining Entertainment

Dean Magri is now a professional tap dancer and choreographer. He has worked extensively in TV and theatre; theatre credits include Hot Shoe Shuffle, Tap Dogs and Re –Booted. Whilst at the Wenn Stage School he played Gavroche in Les Miserables (Palace Theatre, London) and numerous Children’s Royal Variety Performances at the Dominion Theatre London.

Russell Grubiak. Although Russell could have had a promising career as a performer, and in fact worked quite extensively as a child. He chose to take a different path, still remaining within the film, stage & television industry.

Russell is now one of our top lighting designers. His work can be seen on programmes like The X Factor, Britans Got Talent, BBC Proms nights, Eurovision and this year’s Royal Variety Performance.

Kerry Burch or Kerry Sharp as she was when at the school, has gone on to become a successful television producer.

She works mainly on ‘live’ daytime shows like “The Alan Titchmarsh Show”, “Angela & Friends”  and “This Morning”. Kerry was also a Consultant Producer for TV coverage of the last Royal Wedding.

Maria Coyne has worked extensively in Musical’s both on tour and in the West End. Roles have included Narrator in “Joseph and His Amazing Technicolour Dreamcoat”, Magenta in “The Rocky Horror Show” and “Crazy for You”. Maria can currently be seen as U/S Glinda & NessaRose in “Wicked” at the Apollo Theatre, London.

Christina Cuttell completed her training at The Brit School & Mountview Academy of Theatre Arts. She is currently Dance Captain on “An Evening of Dirty Dancing” UK Tour. She also toured with “High School Rocks”, has played the title role in many Pantomimes and was part of a new musical “Midas” at the St James Theatre in Victoria. She is also currently the Associate Choreographer for Stage Acts Entertainments, is working as Assistant Choreographer on “Superman” at the Leicester Square Theatre and is about to Choreograph “Norma Jean The Musical” premièring in London soon.

Jemal Felix went on to train at Millennium Performing Arts before working professionally in many productions including Seaweed in Hairspray (York Opera House), (Asia and Ireland tour). Mark in A Dream Across the Ocean (Hackney Empire and Ashcroft Theatre). We are also lucky enough to have Jemal back from time to time, to teach the Jazz classes. However he can currently been seen in Kinky Boots playing Angel & under studying Lola.

Shelley Tees has toured the world with “Spirit of the Dance”. After the show went to the USA Shelley decided to stay. She moved to Branson, Mo and joined the cast of “Dancing Queen”. She is currently working as a Dancer/Magician’s assistant for illusionist Rick Thomas in Las Vegas.

Ben Sell. When he was 10 years old he started attending The Wenn Stage School. Upon completing his A-Levels Ben gained a full scholarship to train at the Guildford School of Acting. After graduating Ben moved to Osaka, Japan to play the role of Dracula in “Universal’s Monsters Live Rock & Roll Show“. In July 2016 Ben started rehearsals as an ‘Angel’ in Kinky Boots at The Adelphi Theatre in London’s West End. He will be donning his heels from August 15th.